Every month, Berna will share her best stock idea for making money in the market. She will draw on her 20-plus years of experience as a portfolio manager and stock analyst in a number of environments â ranging from a long-only traditional asset manager to an ultra-high-net-worth family office to a global reinsurer and several large hedge funds.

In addition to providing a new investment idea each month, Berna will provide updates on important developments that have taken place at the companies she has open recommendations on. 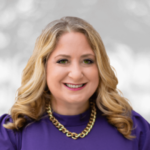 Berna Barshay is editor of Empire Financial Daily and a contributing editor to the Empire Stock Investor and Empire Investment Report newsletters. She graduated cum laude from Princeton University and earned her MBA from Harvard Business School in 1997. Following her graduation, Barshay spent 20 years on Wall Street. She began her career in equity derivatives at Goldman Sachs and later worked as a buy-side equity analyst at Sanford Bernstein, where she covered global consumer cyclicals and conglomerates. Later, Barshay spent five years working as a portfolio manager of the Ingleside Select Fund, a long/short fund with a focus on value and event-driven stocks. She later was a portfolio manager at Swiss Re, where she managed the Consumer long/short book on the equity proprietary trading desk. She has additional experience as a buy-side analyst at several long/short hedge funds â including Sky Zone Capital, Metropolitan Capital, Buckingham Capital, and LaGrange Capital â where she primarily covered consumer and technology, media, and Internet stocks in the U.S. and Europe, with some additional work in financials and energy. Barshay is a fashion enthusiast, a pop culture addict, obsessive indoor cycler, and prolific social media user. She currently lives in New York with her husband, daughter, and three dogs.